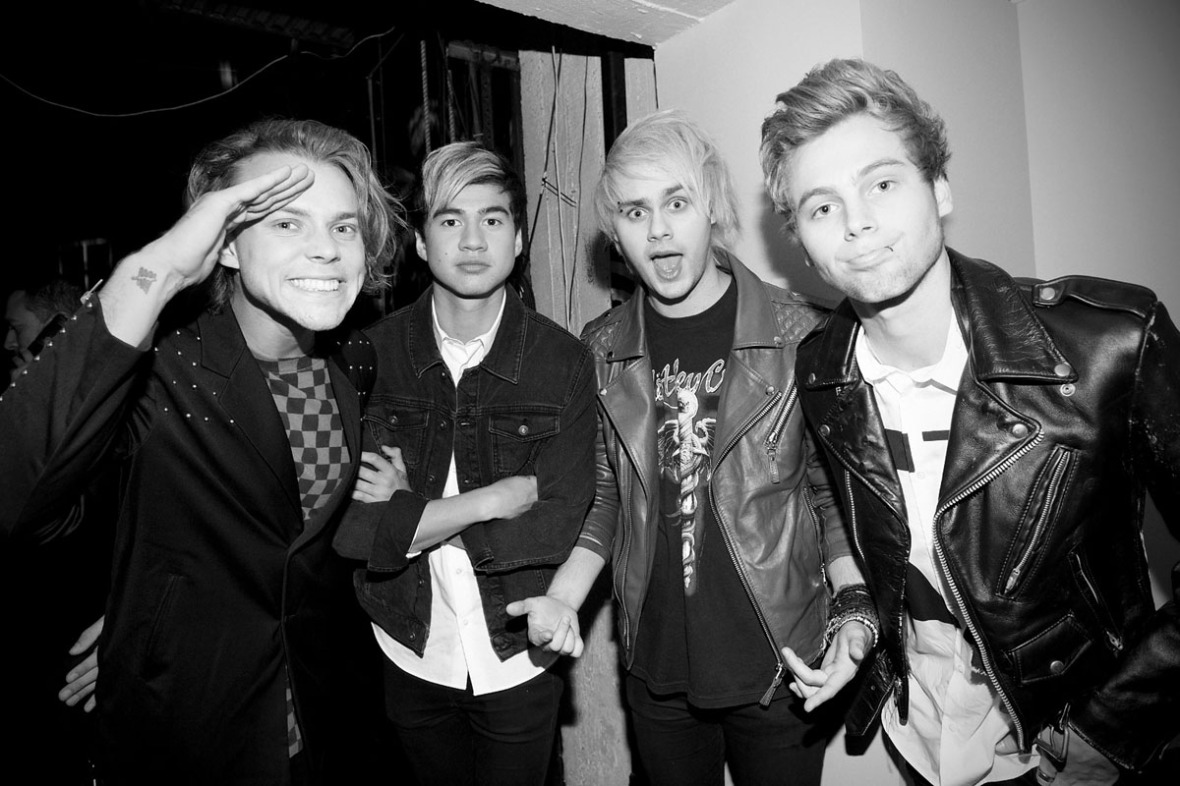 Last Saturday I watched one of the most energetic shows to date. On a whim my friends and I decided to travel 4 hours from our state for a chance to see 5 Seconds of Summer one last time before their sophomore album is released. The ROWSYO tour started back in May and has spanned throughout Europe, New Zealand, Australia and the UK and has now reached it’s final week in the U.S.

I had last seen the Aussie natives rock a huge stage opening for fellow mates One Direction the summer of last year and boy it’s amazing what a year can do. The four boys have widely increased their fan base and have changed up their musical styling from more pop to punk and are using a ton more of their own lyrics. Not to mention they exude the confidence I’ve been waiting to see from them. The 19 song set was incredible to hear and feel. Songs from their debut self-titled album were strewn throughout the setlist as well as a couple brilliant covers like ‘American Idiot’ by Green Day and crowd favorite ‘What I Like About You’ originally from The Romantics. The crowd sang along to the slower songs as the four boys equally shared verses to ‘Beside You’ and top single ‘Amnesia’.

I can safely say what an amazing group these guys have turned out to be. They’ve stepped into their own new world of pop/punk genre and created what they like to call “The New Broken Scene”. Even as lead singer Luke had been on vocal rest the entire day he delivered flawlessly, singing every note to perfection. Ashton, drummer and songwriter extraordinaire delivered incredible vocals whilst singing ‘She’s Kinda Hot’ which if you haven’t heard yet is a hit. It’s the first single 5SOS have released from the upcoming album and it had the ENTIRE venue dancing and chanting. Even Michael (guitarist) and Calum (bassist) hit all the notes with enough edginess to make every mom and dad in the venue worry for their daughters sanity. The entire set was filled with admiration for their fans, as they endlessly thanked us for their support in them, they even brought one lucky fan up to test out Michael’s guitar (swoon). With all the greatness they had already delivered the guys decided to play their newest and second single ‘Jet Black Heart’ off their upcoming album ‘Sounds Good, Feels Good’ and for a song that had only been released the previous week the crowd was singing right along with them.

As soon as 5 Seconds of Summer walked onto the stage they gave it their all, never slowing the pace even with ballads. I was genuinely impressed with how big their performance is, they love every single second on stage and they show it. Your definitely going to want to pre-order ‘Sounds Good, Feels Good’ you can snag it on iTunes now or on their website. Here’s to “The New Broken Scene’.